We recently received the latest issue of one of our favorite magazines, VIP Style.  It is pretty amazing to know that the VIP scene has stayed strong in Japan for the last 10 years and is still extremely popular over there.  This issue even shows images of the very first issues of VIP Style from back in October 2001.  It’s crazy to see what the scene looked like 10 years ago in Japan compared to just the last couple years in the USA.  It seems we have lots of catching up to do!!

Towards the back of the issue they show what they feel are the most memorable 50 cars that have been featured over the years.  This just goes to show the amount of time, effort, money and most of all pride that goes into building such amazing vehicles.  When it comes to building the best of the best in VIP cars nobody does it better than the Japanese.

I highly recommend everyone that is into the VIP car scene to pick up this issue, you won’t be disappointed! 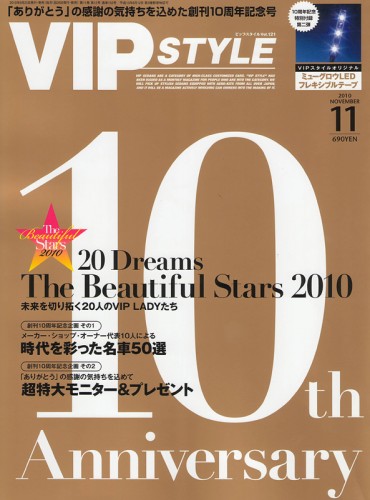